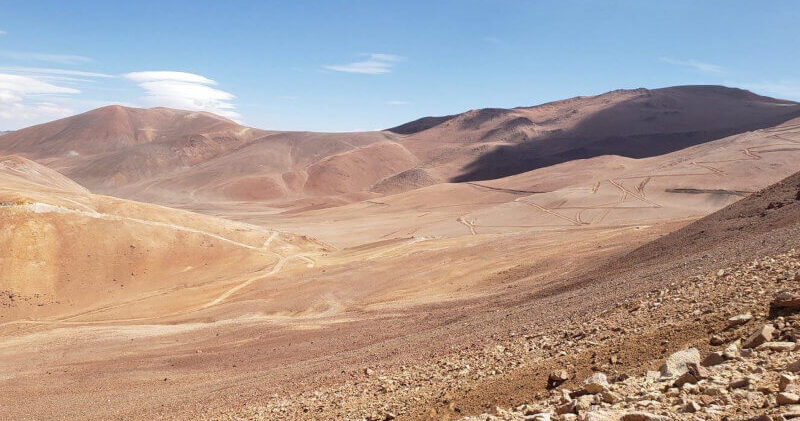 Cerro Delta is an Epithermal Deposit of High Au and Ag Sulphurization composed of granitic to porphyric rock instructed by dacitic dome, andesitic lavas and mafic dikes. It presents zones of Advanced Argilica alterations with central zones composed by structures with Qz-Vuggy with silica superimposition. Surface geochemical results reached values of up to 5.75 gr/Tn.

Cerro Delta is situated in the Maricunga belt, considered one of the auriferous belts with highest potential globally. This belt has both active mines and a series of exploratory projects in different evolutionary stages, from initial phases through to feasibility. For this, the region is considered one of the best and richest metalliferous belts with economic deposits in the Andes Range.

Vila and Sillitoe (1991) defined the region as an elongated north-south area of approximately 200 km by 50 km between 4,000 and 6,000 metres above sea level. The area contains at least six volcanic complexes aligned along the western edge of the Cordillera de Domeyko, located between Chile and Argentina.

The Maricunga belt contains an extensive number of copper and gold porphyry-type projects, as well as gold and silver high sulfidation epithermal projects at different exploration stages. Some of these, near to Cerro Delta, are shown in the image below. 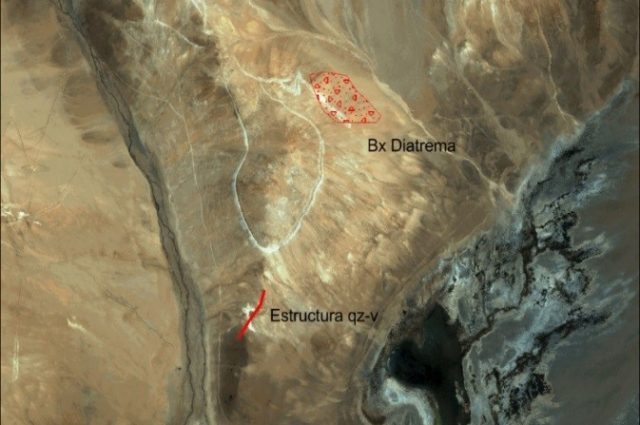